The idea with the prize is to give something to a person who has been succesfull and also made a great contribution to the business most exibitors are a part of.
To recieve the prize, the following criterias must be filled:
1. Must have a positiv force in the Swedish hifi business
2. Been commersialy successfull
3. Be well known in the business
4. Have let other people take part of his or hers business via distribution, stores etc
5. Have the main part of the life achivement behind him or her (years counted)
6. To be alive, but not necessarily active in the business.
The laureate will automaticly take a seat in the jury for the next hifi show.

2008: Tommy Jenving, (1945 - 2011) For his life long achievement who has spread world wide. An innovator and entrepenour who has tried everything on the map, from store owner to manufacturer of Supra Cables.

2008: Jan Erik Persson, (f 1948) A living legend in the world of recording who has been in the industri in different constellations, mostly with Opus 3.

2010: Leif Häggmark.(f 1943) For many people in the world he is ”Mr High End” of Scandinavia. A local superstar with his company Audionord.

2014: Percy Davidsson. For a lifetime in the service of hifi, which started in the mono section. Percy has done everything in the business and is one of the founder of Canseda.

2016: Peter Lyngdorf. For his many years and achievement with ”Hifiklubben” and commitment to ”war on loudness”.

2018: Josef Svalander. For a lifelong commitment as a trader, entusiast, writer and a never ending curiosity on how to enhance the sound.

2020: The show were canceled due to the pandemic, we announce a winner for 2020 at the banquett october 1:st

2022: A winner will be announced at the banquett october 1:st

The prize itself is made of massive stainless steel in Armco 17-4PH quality. For most of us that does´nt mean anything. But in reality it means that it will still be here long after mankind is gone. You can call it very resistant... 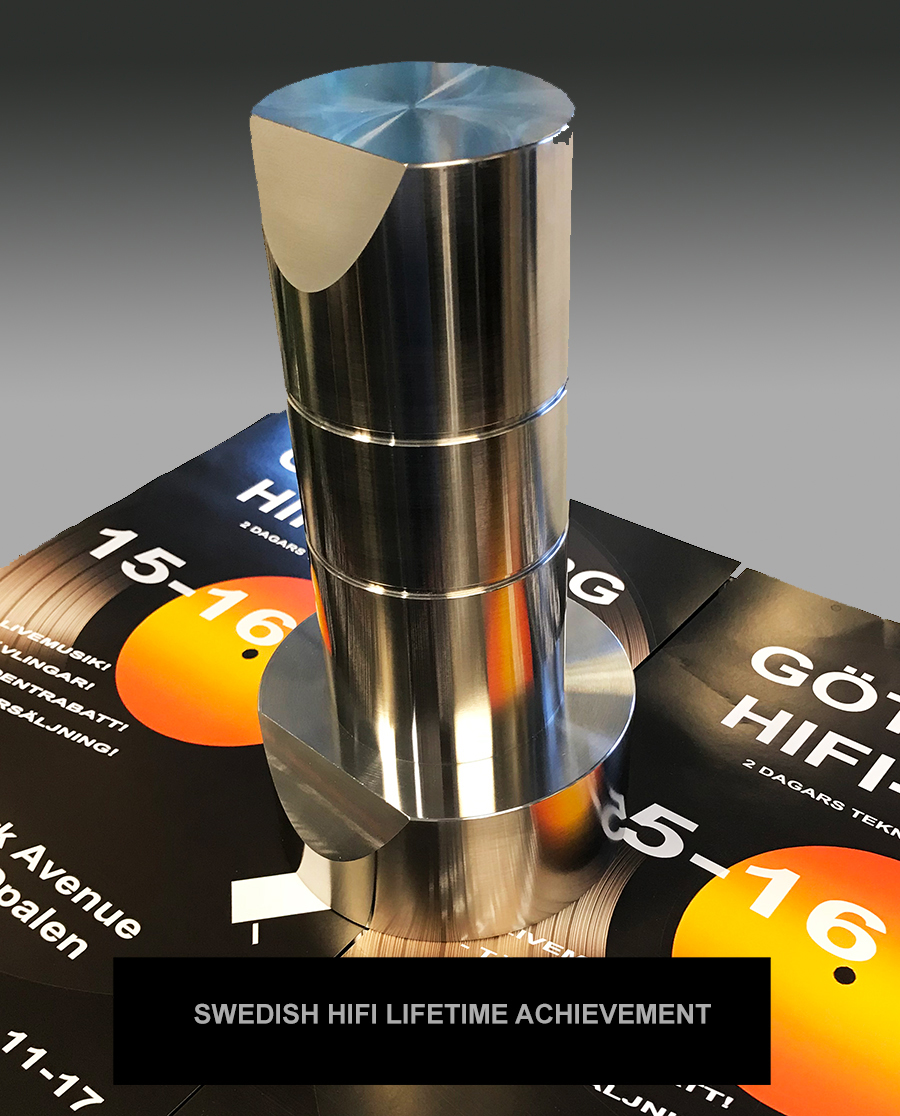